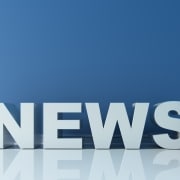 PORTLAND, Ore. (Portland Tribune) — ODOT has temporarily postponed its decision on tolling stretches of I-205 and I-5 in the next five years and will consider a request from Clackamas County for extra time to hash out regional congestion-pricing plans before tolls are implemented.

County Commissioner Paul Savas requested a delay in voting, originally scheduled for this month, on ODOT’s proposal to amend the Metro region’s long-term transportation plan and its required process for allocating funding to transportation projects.

State and local officials, led by Canby state representative and gubernatorial candidate Christine Drazan, are continuing to denounce Governor Kate Brown for the latest use of her clemency powers, including her November decision to commute the sentences of 70 prisoners who committed serious crimes as teenagers.

In the letter, Drazan and the other officials expressed concern for the safety and wellbeing of their communities, as well as fears that her move would retraumatize the victims of violent crime.

Read the full article at CanbyFirst.com.