Published in The Clackamas Review – 5/3

After years of engaging neighbors and businesses in the McLoughlin Area of Oak Grove and Jennings Lodge, one common theme emerges: The community wants improvements on the boulevard and the surrounding area.

Whether it is different shopping opportunities, business types, restaurants or housing, there is no shortage of ideas and common interests. Most everyone agrees that we need revitalization on McLoughlin Boulevard. A little background on the history of these efforts may prove helpful for those desiring to engage in this process.

Nine years ago, Clackamas County and the community embarked on a visioning process. We created a plan that contained a vision, values, and principles to guide the process into the next phase. The citizen committee was called MAP, McLoughlin Area Plan. The next phase was MAP2, then followed by MAP-IT, and now we are engaged in what I call the fourth phase, the Park Avenue Study. Continue reading… 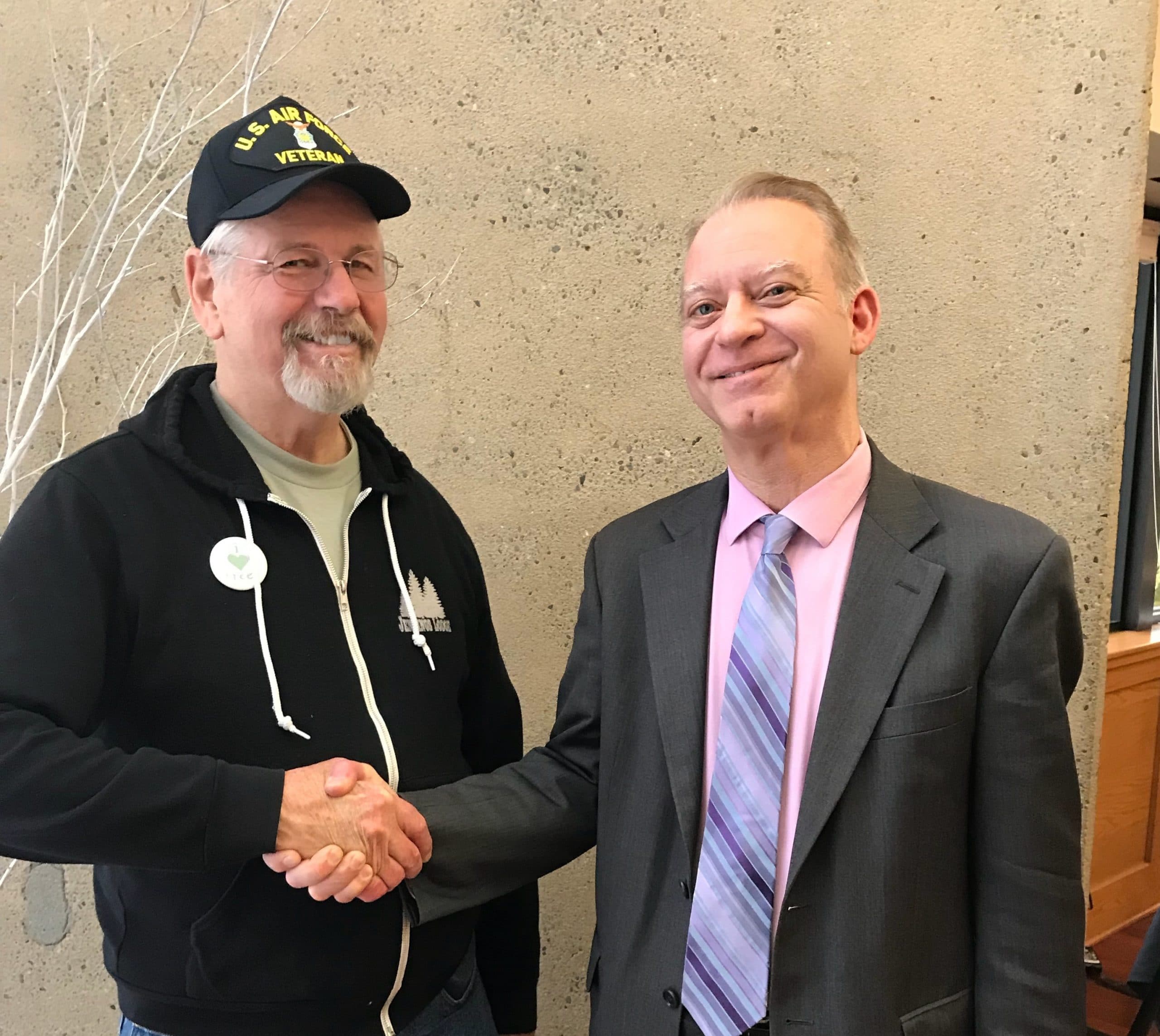 As a Democrat and Neighborhood Leader who knocks on lots of Democratic doors in my local precincts, I am concerned.

How can someone with no government or volunteer service, with a vague resume, who has lived and worked out of Clackamas County and Oregon for most of the past decade, win the tacit endorsement of other Democrats simply by dint of party label?

County commissioner is a nonpartisan position. I may lean to the left, but I will not support the unseating of a commissioner as dedicated, smart and hard-working for our county as Paul Savas simply to follow the party line.

We need commissioners who understand the realities of what can be achieved at the county level, not someone who appears fixated on national and state issues but doesn’t know where else to begin. 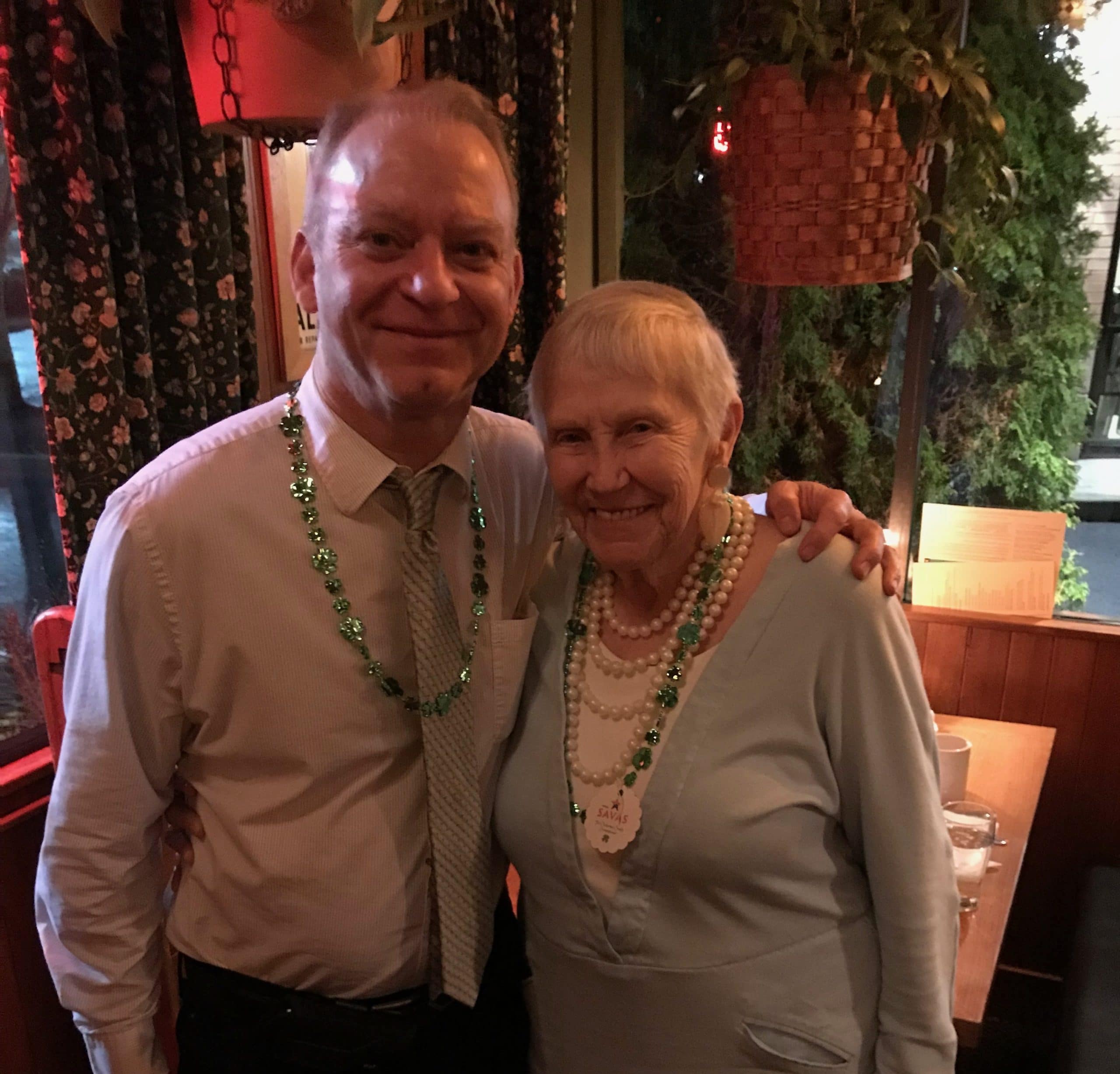 I have been a Paul Savas supporter since I first met him over 20 years ago. At that time, he was an elected official of the Oak Lodge Water District and then the Oak Lodge Sanitary District. I have watched him mature over those 20 years, but one thing has never changed — his common-sense approach to any issue he takes on.

The attention to detail that made Paul successful in his automotive business is evident in his approach to issues that daily face the County Commission position he now holds. That is the kind of person I want to see continue in that position. Paul not only thoroughly does his homework on every issue he faces, he also does it with honesty and integrity.

I sit in on most County Commission policy sessions and closely observe the five commissioners at work. I see and hear the variety of issues they face daily and observe the kind of restraints they are under in their attempts to accomplish even minor changes to the bureaucratic system they must operate within. Paul, with his common-sense approach to issues, works well with others to come up with innovative solutions to most of their major roadblocks to success.

He knows and understands the restraints that daily face an elected official. He regularly questions the soundness of issues that come before the commissioners and has managed to work to accomplish solutions to the multitude of societal problems the commissioners face daily. He is not a one-issue person, but rather approaches all problems with equal fervor.

I will be voting for Paul Savas for Clackamas County commissioner, and I urge you to join me. 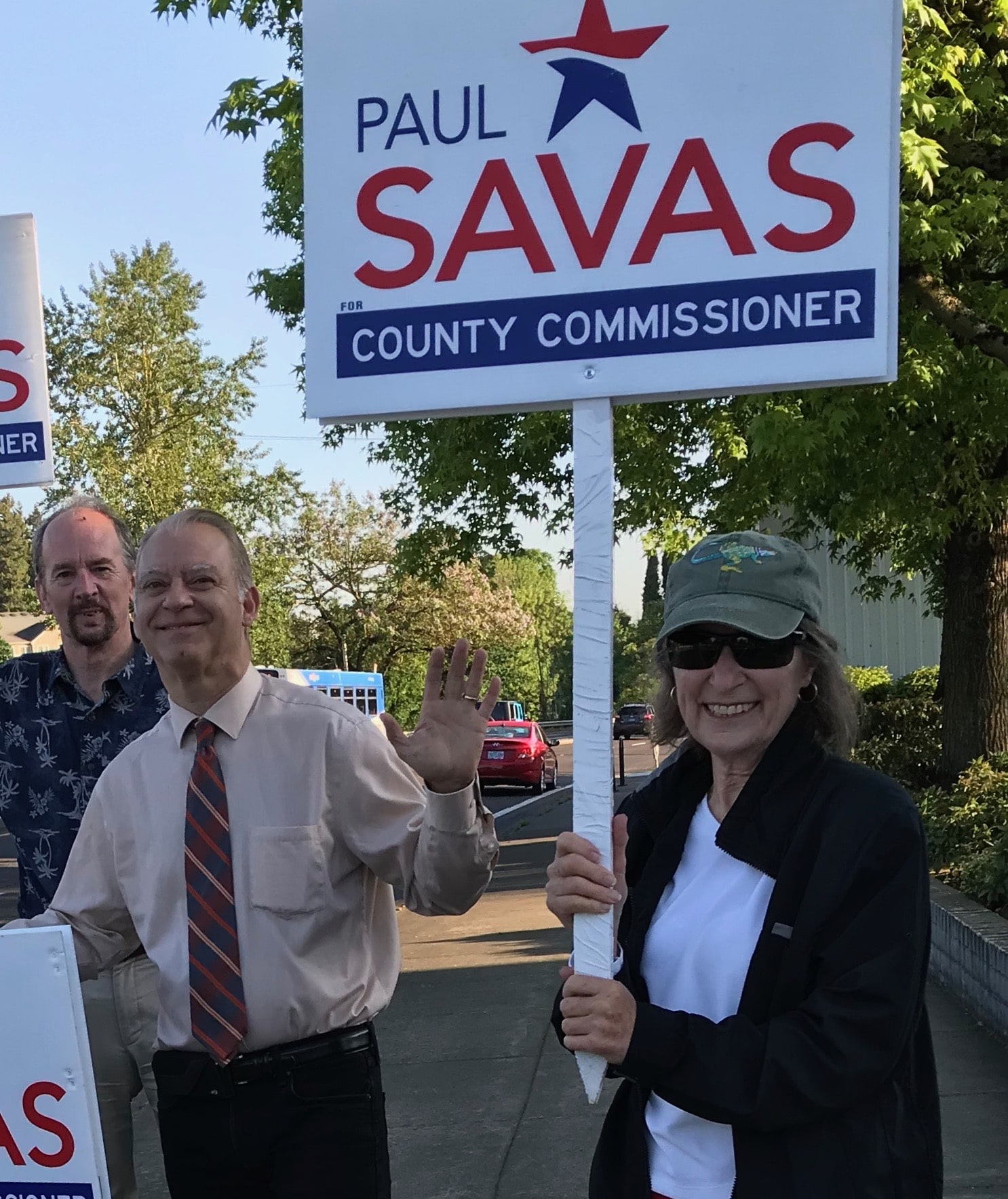 As a longtime resident and activist who has most recently been involved with the library settlement between the county and Gladstone, I know I speak for many others when I say that if you care about libraries, there is no better candidate for county commissioner than Paul Savas. If it weren’t for his efforts, I have no doubt that the Oak Lodge community would have lost its library instead of beginning the community involvement process to design and build a new one.

But Commissioner Savas is effective and caring about many more issues than the library. Rather than “failing too many people,” as his opponent claims, Commissioner Savas has been the one working hardest for the under-represented people of Clackamas County, from victims of domestic violence to homeless veterans. He has spent countless hours of his own time attending Community Planning Organization meetings throughout the county, making sure unincorporated citizens are heard.

Paul listens, he does his research and he persists in the face of opposition from other board members, so that issues important to his constituents are given the attention they need to be resolved. We can count on him to move issues from discussion to action.

It’s easy to criticize a standing commissioner. I don’t agree with all of Paul’s positions, but I do trust in his process of learning the facts, evaluating the issues based on evidence, his commitment to do the necessary work and his dedication to our county, where he has a long record of community involvement and service. I urge my neighbors to give Paul their support.

In the eight years since Paul Savas joined the Clackamas County Board of Commissioners, many of the core issues facing the region haven’t changed.

But Savas has changed, and he feels more prepared than ever to advocate on behalf of matters like transportation, housing and employment if he’s elected to a third term at Position 2 in May. Continue reading…

All but one candidate running for local elected office attended the Sandy Area Chamber of Commerce Government Affairs Committee’s candidates forum Monday night, April 9. From 5:30-8 p.m. would-be representatives for House District 52, Senate District 26, Clackamas County Clerk and Clackamas County Commissioners No. 2 and No. 5 fielded questions from chamber members and the community at large, introducing themselves — some for the first time — to Sandy.

With 11 candidates present, the forum had a variety of voices, though many opponents seemed to agree on fundamental needs like improved budgeting for education. Continue reading…

Homelessness is an important issue to Savas as he helps take the homeless count each year. He mentioned the lack of housing, poverty in rural regions, zombie homes, where the uncertainty of ownership leaves them vacant, and affordable housing. He also agreed that land use issues need updates and changes.

“It seemed more like he was listening to our concerns,” CPO member Don Tremble said in a message. “It also seemed as if he was explaining the different things he was working on and the many adversities facing the county. I truly enjoyed listening to him and having him there. To be honest, I wish more of the county commissioners would make an effort to come and hear our concerns.”

Clackamas County Commissioner Paul Savas attended the March meeting of the Colton Planning Organization. CPO Chair Gary Hampton announced that because Savas has declared his candidacy for re-election and no other candidates were in attendance, topics of discussion needed to be held mostly to questions and answers and what county measures are in process at this time.

Savas discussed a number of subjects that are important to the rural areas of Clackamas County. Continue reading…

“There are some elected officials who are advocating that all roads and streets be tolled. This would put residents and commuters in Clackamas and Washington counties at a serious and unfair disadvantage.” – Commissioner Paul Savas

When the Oregon Legislature passed HB2017 last year, the transportation package did not include any construction funding for Interstate 205 to resolve the 5.8-mile-long bottleneck.

The transportation package did however include a mandate to initiate tolling of Interstate 5 and I-205. Now, as the discussion of tolling continues, the concerns of interstate traffic diverting onto local roads is heating up.

If I-5 and I-205 are tolled, how many motorists will use local roads to avoid paying tolls? Diversion is not a new phenomenon; as a result of growing congestion it is already occurring in the Portland-metro region. Continue reading…

Commissioner Paul Savas said that he’d like to see the tolling plans for I-205 go into funding transportation projects, not just discourage people to use freeways during peak periods.

“People want to see those [tolling] dollars invested into the system itself,” Savas said.

Savas said the county will fight for the dollars for Sunrise Corridor to help make the development of the former city of Damascus. He said the county should oppose any effort to give the land within the urban growth boundary in the Damascus area to Washington County.

Clackamas County “continues to grow and prosper, and that is not to say that we have solved all of our problems,” said County Board Chairman Jim Bernard in introducing the State of the County event this week.

All five county commissioners spoke at the Jan. 31 event hosted by the North Clackamas Chamber at the Monarch Hotel. Transportation issues came up again and again at the event. Continue reading…

However, it’s clear there are a number of cross-currents [against tolling plans]. Clackamas County Commissioner Paul Savas said many of his constituents don’t have good alternatives to driving.

“I’m hoping there is more of an emphasis on capacity,” he said, “that we have more of a means of investing in growth in this region.”

Amid concern about the Portland area’s growing road congestion, a key committee met Monday to begin putting together a tolling plan for the region.

The Oregon Department of Transportation advisory committee is set to come up with a plan by June for using tolls to help alleviate congestion.