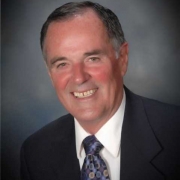 Paul Edgar: Commissioner couldn’t be replaced with anyone who has his wisdom and critical thinking skills. 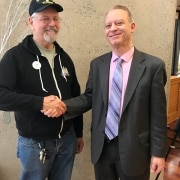 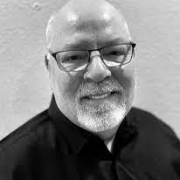 I learned a lot when I ran for the Clackamas County Commission in last May’s primary. First, running a campaign is really hard work. Next, the range and complexity of issues is a lot bigger than you’d think. What surprised me, however, is how many good people are involved in our local county politics.

One of these good people is Paul Savas, the incumbent commissioner against whom I was running. As we spent time at various meetings, debates, forums etc. I got to know Paul, and became increasingly aware of his accomplishments in several areas. I think it’s an impressive record, and now believe Clackamas citizens have been very well served by Paul – and should vote to return him to the Commission this November.

Are you worried about the crime that is consuming Portland spreading into Clackamas County? I believe that a strong, effective deterrent is a critical part of our public safety system. Paul is proud to be endorsed by every major police organization in Clackamas County. Here’s a quote from Ben Wiley, President of the Clackamas County Peace Officers Association: “Paul has protected funding for law enforcement and earned our trust.”

The metro area homeless problem only gets worse; feckless politicians talk a lot but produce no results. Paul Savas spearheaded the Veteran’s Village Transitional Shelter for homeless veterans and secured funding for homeless services, including shelter, food, mental health and substance abuse. Paul is about action and results, not endless meetings.

Almost everyone I talk with is angry about the tolling proposal for I-205. Paul is co-chair of the regional I-205 Tolling Diversion committee. He is a consistent, vocal opponent of this unfair tolling scheme. He is the only candidate in the current race who has come out against ODOT’s tolling proposal.  The North Clackamas County Chamber of Commerce said in their endorsement: “Paul Savas spoke more competently about tolling and transportation funding than anyone we interviewed.”

Paul also leads economic development efforts on the Sunrise and Mcloughlin corridors for jobs, manufacturing and housing. He believes in building a prosperous future with higher-paying jobs and affordable housing options for everyone, including young families and older residents.

Above all, I think that Paul Savas is committed to spending our tax dollars wisely. He believes in a county government that works “for the people”, and does his best to protect Clackamas County values through commonsense leadership. Unfortunately, we live in a time of division, rancor and outraged conflict. Paul is the kind of person who can rise above the noise with a thoughtful, pragmatic voice. Some folks say that he is the reasonable “bridge” that keeps the commission on track with on-point facts and figures. That is where experience matters; after twenty-odd years of public service, Paul has a steady hand on the county “tiller”.

Lastly, Paul is a nice guy. After learning about his activity on the commission over the years, it’s an easy call for me to urge you to vote to re-elect Paul Savas! 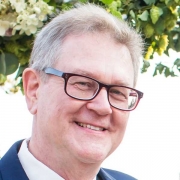 Richard Jaskiel: Vote for a trusted commissioner with experience and drive to achieve positive results

PORTLAND, Ore. (KOIN) — There is major pushback from Clackamas County officials and residents after the Oregon Department of Transportation announced tolls will be added to stretches of I-5 and I-205 in the next 5 years.

Commissioner Paul Savas wants the community to show up to a town hall on Wednesday, December 1. He and others say in that stretch of I-205 there is nowhere for anyone to catch a bus and hardly any bus service.

Bike routes are non-existent. That’s why everyone drives now, he said.

Read the full article at Koin.com.

PORTLAND, Ore. (Portland Tribune) — ODOT has temporarily postponed its decision on tolling stretches of I-205 and I-5 in the next five years and will consider a request from Clackamas County for extra time to hash out regional congestion-pricing plans before tolls are implemented.

County Commissioner Paul Savas requested a delay in voting, originally scheduled for this month, on ODOT’s proposal to amend the Metro region’s long-term transportation plan and its required process for allocating funding to transportation projects.

State and local officials, led by Canby state representative and gubernatorial candidate Christine Drazan, are continuing to denounce Governor Kate Brown for the latest use of her clemency powers, including her November decision to commute the sentences of 70 prisoners who committed serious crimes as teenagers.

In the letter, Drazan and the other officials expressed concern for the safety and wellbeing of their communities, as well as fears that her move would retraumatize the victims of violent crime.

Read the full article at CanbyFirst.com.

Paul Savas is seeking reelection to the Clackamas County Commission Position 2, seat he has held for over a decade.

The three-term incumbent says he plans to hit the ground running if reelected to serve on the nonpartisan board through 2026, continuing to push affordable housing and jobs as well as equity for the county’s underserved populations amid the COVID-19 pandemic.

“I really am honored and humbled to serve the citizens of this county,” Savas told Pamplin Media Group. “It comes with a tremendous amount of responsibility and I take that seriously. I’m committed to protecting the quality of life in this county and helping the underserved succeed.”

CLACKAMAS COUNTY, OR (KPTV) – Commissioners in Clackamas County spent time at their meeting on Thursday to draft a strongly worded letter to Governor Kate Brown on why they think she’s wrong in moving the county back to tighter restrictions. It was signed by all five commissioners.

Over the two pages, it asks for a few things including a two-week caution period before being moved to the “high risk” category for fear of all the restrictions that come along with that label.

The letter says businesses in the county have operated safely in the moderate risk level since February 26 and they believe they can continue to do so. It goes on to say that moving into the “high risk” level with tighter restrictions with such short notice, could seriously harm businesses that have struggled so much already.

Read the full article at KPTV.com.

Clackamas County commissioners voted Tuesday, March 16, to approve an amended resolution from 2017 committing the board to work in a “nonpartisan” manner.

The reaffirmation of the resolution came at the request of Commissioner Paul Savas who suggested the board take another look at the three-year-old document to include new language addressing political parties or personal benefit for board members. The request follows weeks of calls from County Chair Tootie Smith for board members to “check their politics at the door” as they seek to work on serious issues facing the residents of Clackamas County.

The discussion to amend the 2017 resolution lasted only about 23 minutes, but proved intensely hard to follow as even the commissioners themselves had to back up several times to ensure they were following proper procedure in adopting amendments to the language provided by Savas.